Hiding in plain sight on Lee Street near downtown Montgomery, Alabama, is a restaurant serving up nourishment with a West African and Caribbean influence. Savannah Cafe is a comfortable, immigrant-owned spot for those looking to try new food, quite possibly with names you’ve never heard of (and that you most likely can’t pronounce). 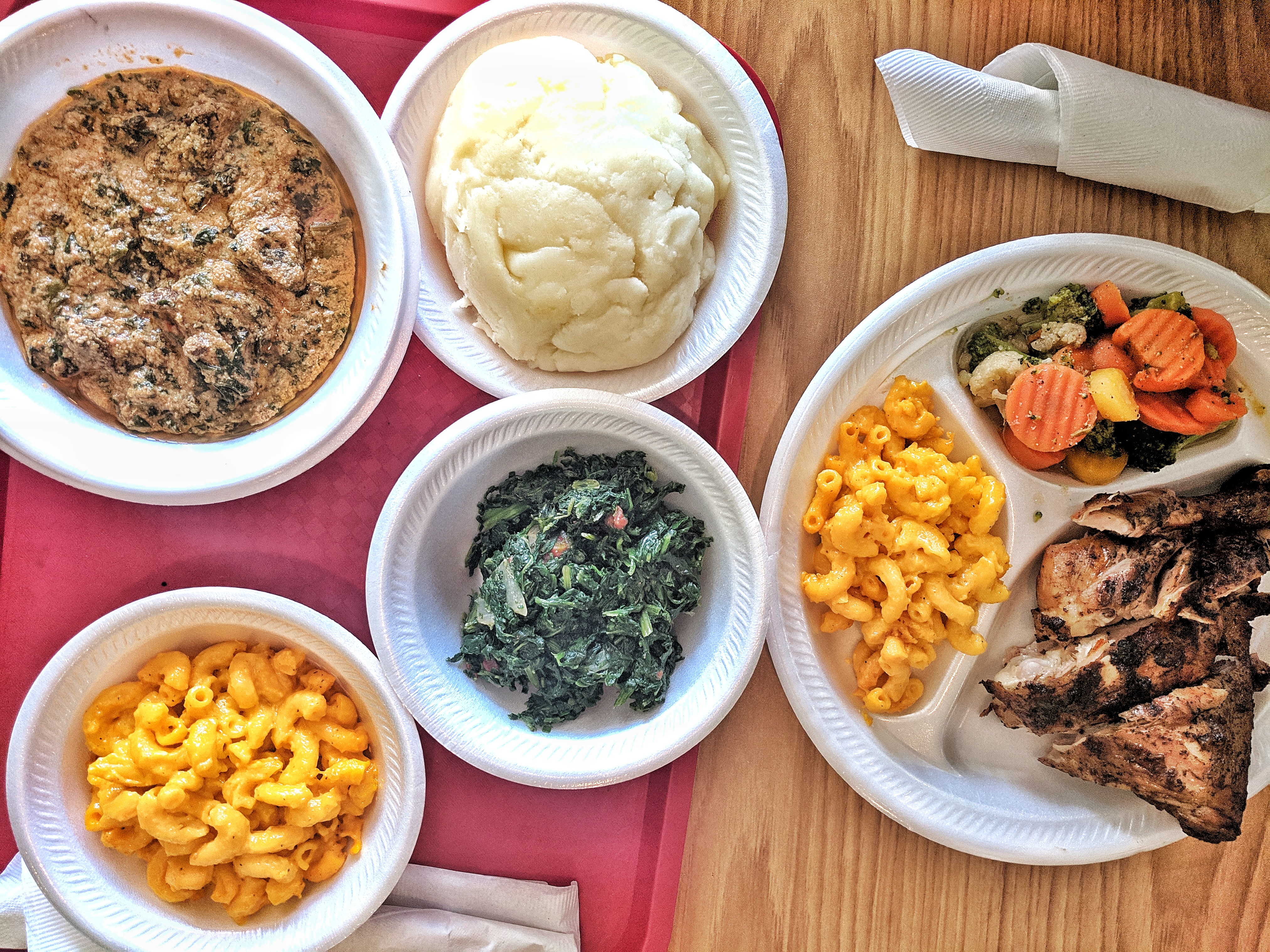 I’ve been to Savannah a couple of times now and have always heard chatter from people about how much they “love that place” and which dish is a must-try. The consensus seems to be that you really can’t go wrong there, except if you order the mac n’ cheese too late in the day. If you get there early it is creamy and delicious (as I can personally vouch for) but too late and it gets a little dry for my preference. But hey! It’s a West African and Caribbean place; mac isn’t what you’re there for. (But seriously; get there close to open and order the mac as one of your side items. Trust me.) 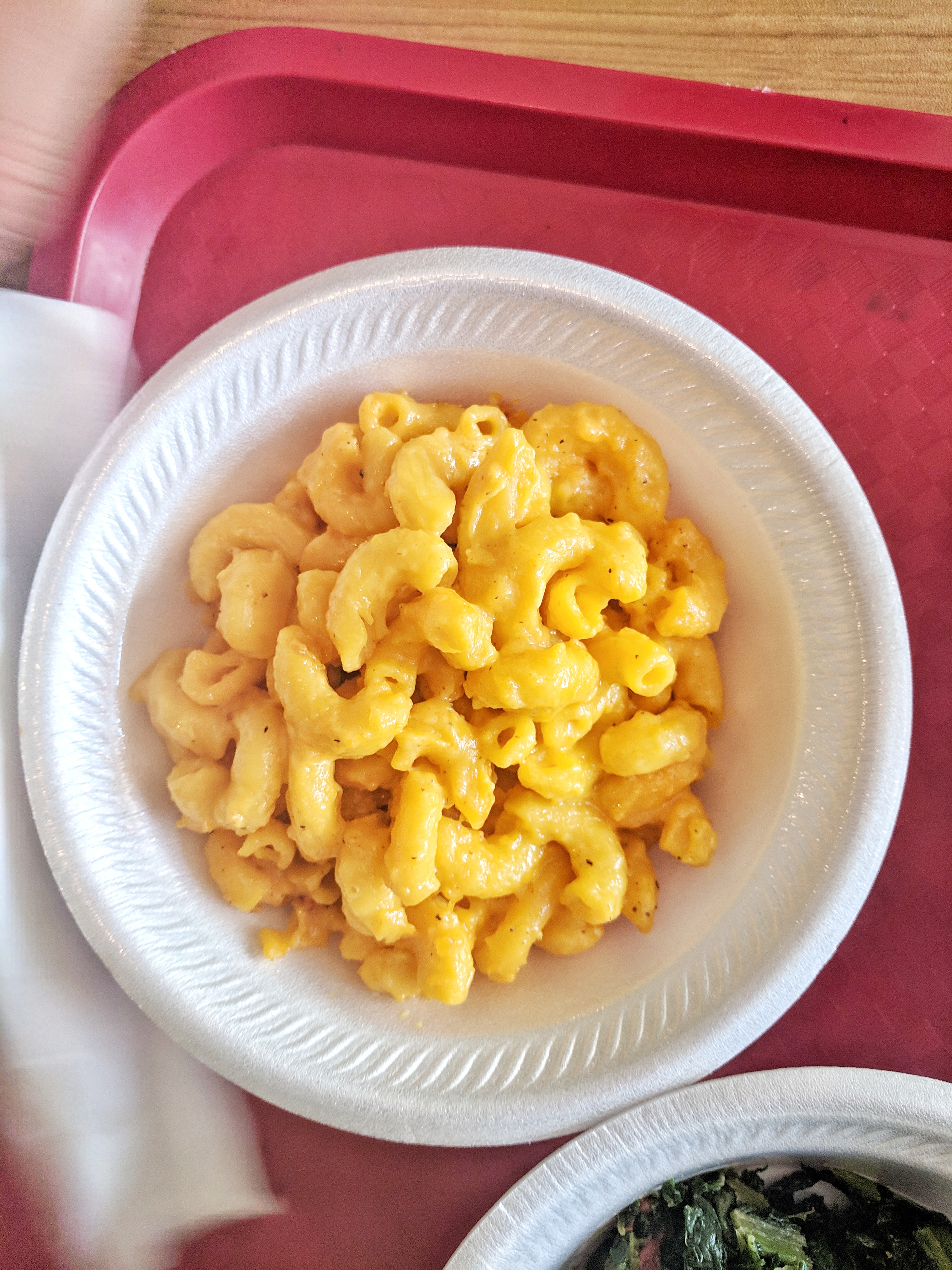 The jerk chicken is phenomenal, as you’d expect, but I also strongly recommend the egusi soup. It’s a traditional Nigerian dish and served with “fufu,” which is a gelatinous, veggie-based side item used to dip into the soup. Egusi soup with fufu is not like anything you’ve tried outside of West African cooking. Go on an adventure and see if they’re cooking some up. 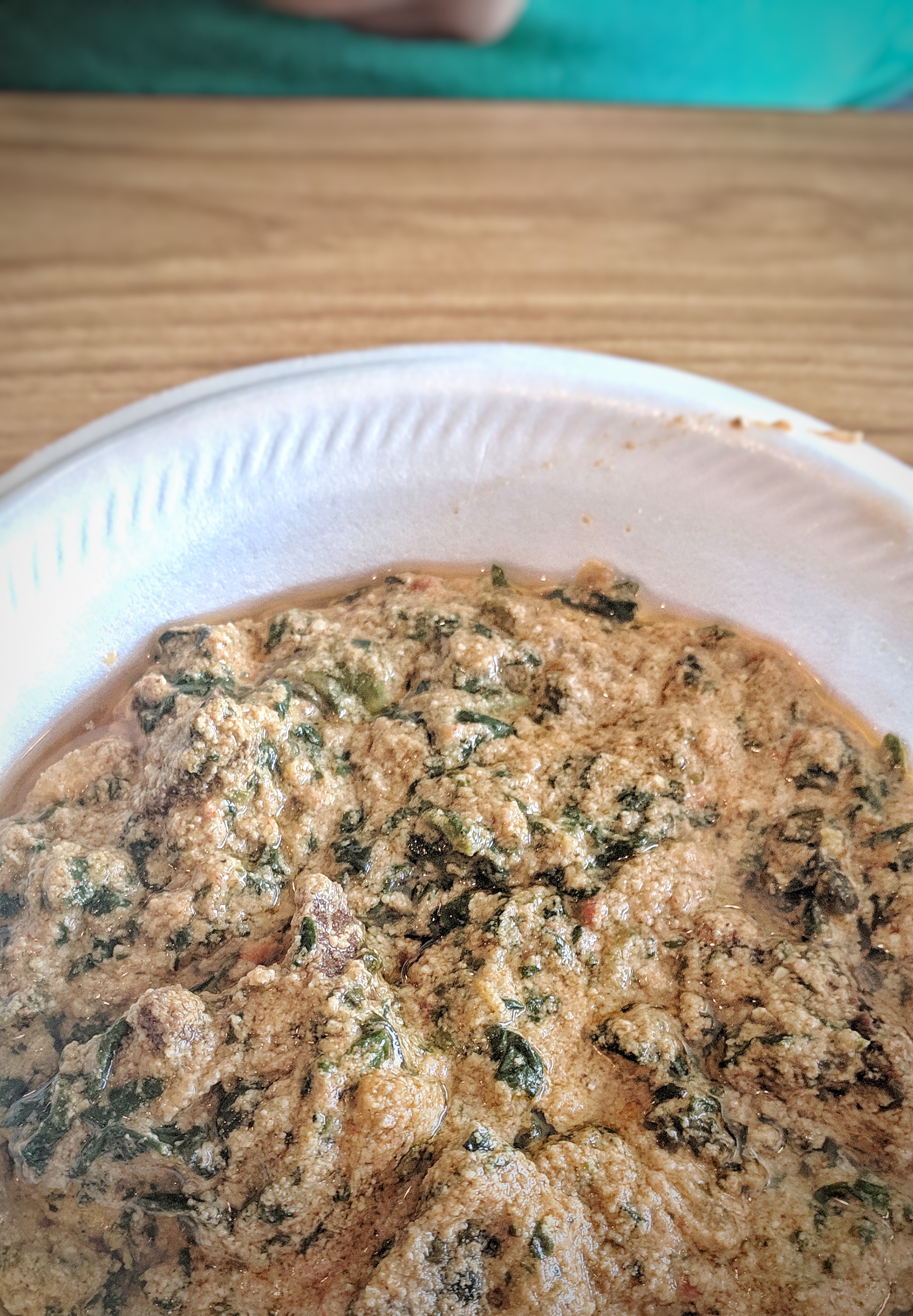 Another trick with Savannah is to have a plan B and possibly a plan C when you’re ordering. They don’t seem to consistently have everything on their menu available. I’ve heard the meat patties are amazeballs (better than Island Delight’s, if I dare say so) but have yet to have the opportunity to snag one for myself. 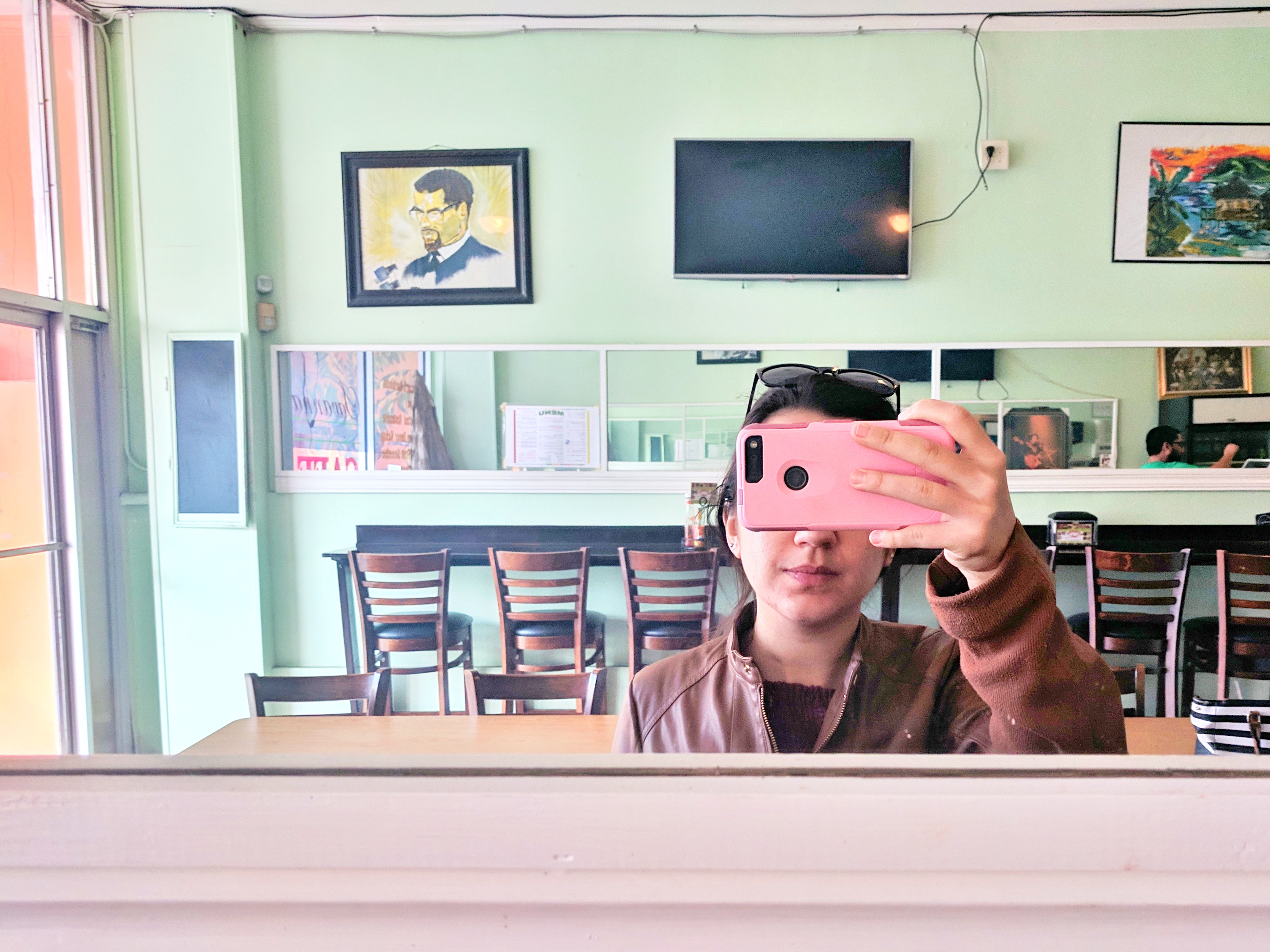 They’ve got a grill out front and are happy to use it; swing by any time you see them firing it up and you’re sure to get something fresh and incredible. 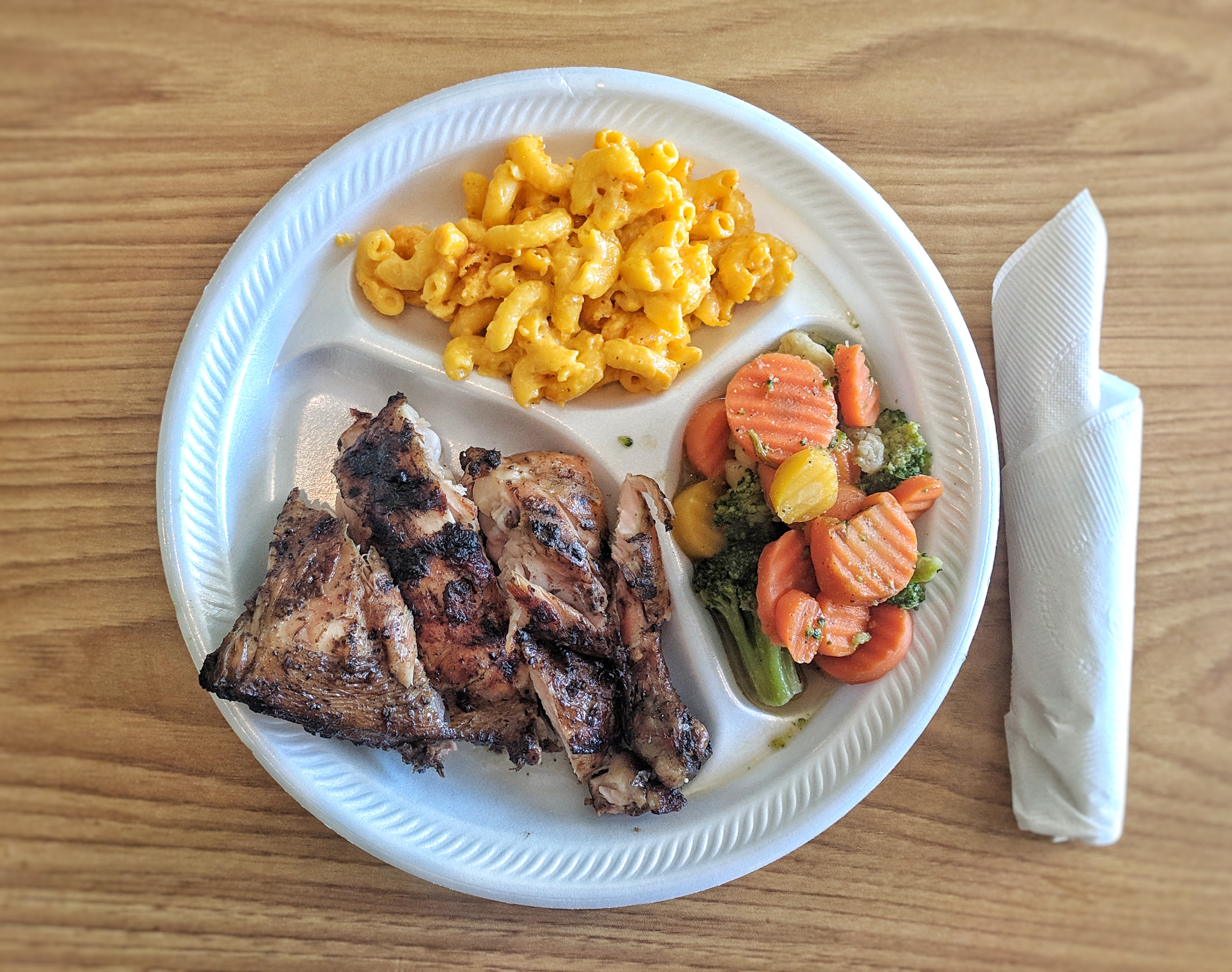 West African food, to me, is something we’re lucky to have. Ethiopian food seems to be picking up steam in other parts of the country but I can only ever find it in large cities like Atlanta or DC. Savannah’s is a largely Nigerian influence, and is something worth exploring if you’ve never checked it out. We’ve probably all had our share of experiences at meat-and-threes, but how often do you take advantage of authentic, immigrant-owned food in Montgomery?

Want to maraud more? Try the reads on Hamburger King and Shashy’s