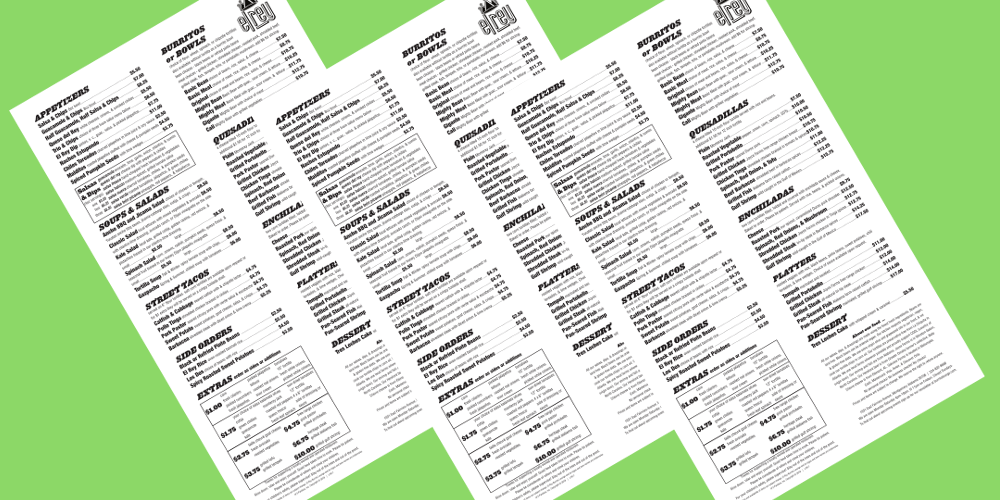 Sound the alarms! El Rey has updated their menus and we get to see them first! The shiny new items will be launched for the world to try this Monday, 3/18, and I hate to brag, but we’ve not only got the new menu here, but I’ve also had a chance to try some of these things. Oh lawd, it’s gonna be good. Once the Monday launch hits, be sure to try the new stuff from both the food and the drink menus. I’ll be behind the bar Monday, Wednesday, and Thursday night next week; come say hi and tell me what you think!

And don’t worry: your pork enchiladas and nachos estupendo are still there. Only a couple of lesser-ordered menu items have been axed and one or two have been tweaked; the other changes are all new stuff. I promise if things had been shaken up too much, I’d be the one leading the protests down Fairview Avenue to make Cloverdale great again. This new menu is just a refinement of something already amazing, and I can’t wait to get my hands on that salsa león picante. Ready to see what’s new? Read the updates below or click to scroll straight to the menu.

And that’s a wrap! Come by to El Rey next week to try the new things with me or send in your thoughts on the new stuff through the Facebook or Instagram pages. And read the full menu, below to see the complete changes.