The Cloverdale Playhouse’s new season is upon us, and they’ve decided to only keep on giving us reasons to adore the incredible work they put on. Montgomery’s only community theatre is currently showcasing The Curious Incident of the Dog in the Night-Time, which portrays the adventures of an autistic teenager navigating life’s often unexpected challenges.

If you need only one reason to go, do it for the live puppy that comes on stage. Every night the Humane Society is sending a puppy to steal the show and then flirt with patrons in the lobby, hopefully convincing one to adopt them. I only squeaked mildly audibly when last night’s four-month-old pup couldn’t stop wagging his tail at the excitement of his theatrical debut.

Besides the puppy, my mind repeatedly exploded each time the seemingly simplistic set took another unexpected transformation. What initially seemed like a low-budget, no frills production turned out to be an intricate display of the set designer’s impressive ability to turn his imagination into reality.

And, of course, the cast. While good local theatre is always an appreciated thing, we have to give it to the actor who dominated the role of the main character. The fifteen-year-old autistic Christopher was portrayed by a talented sixteen-year-old woman (Piper Doyle) who expertly captured the nuances and beauty of an autistic child. You’ll be happy with the rest of the cast, but your socks will be knocked off by Ms. Doyle. 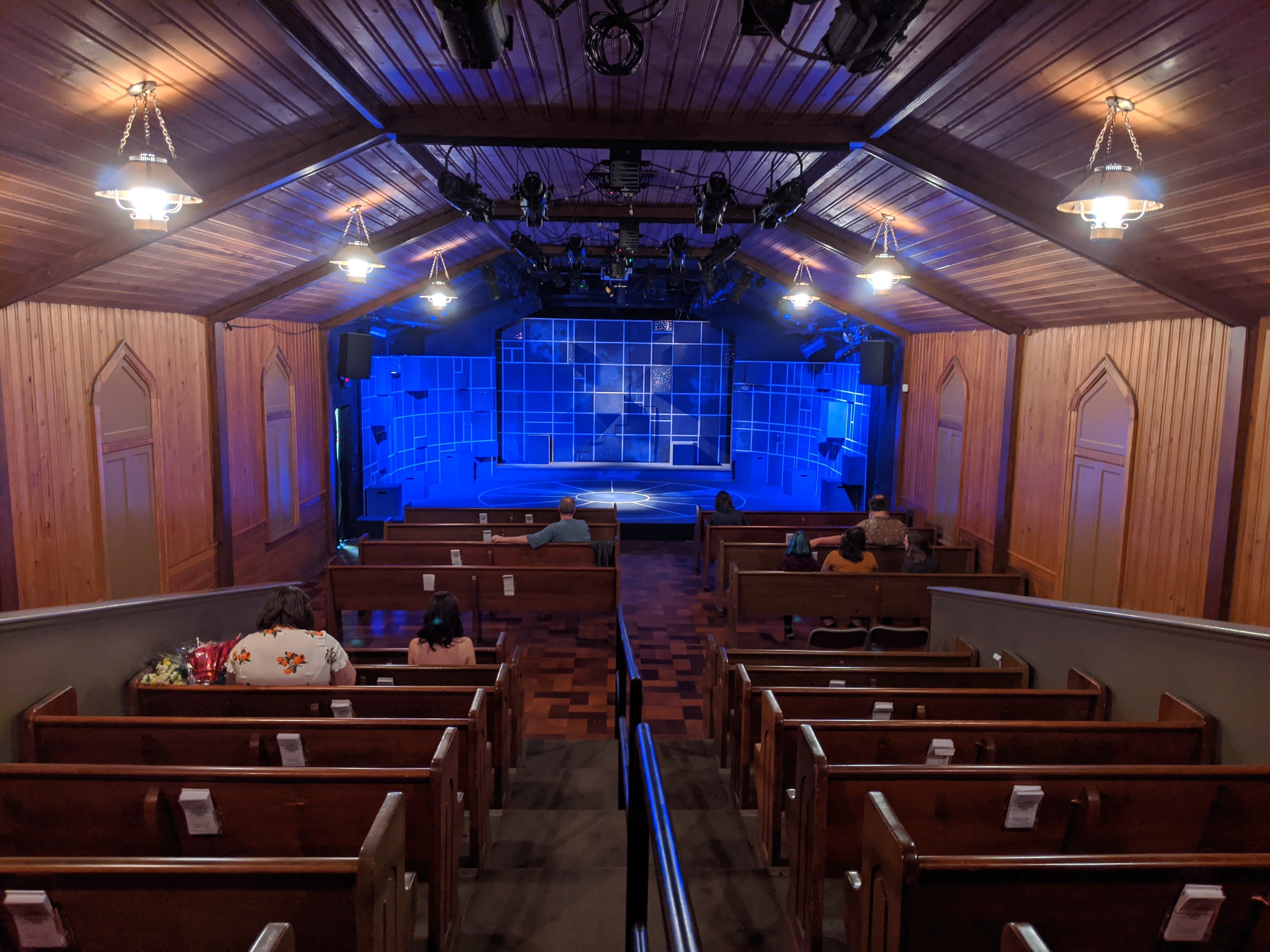 The story follows Christopher’s goal to figure out who killed Wellington, the neighbor’s dog (no puppies were harmed during this production). The story is serious, but not dark. While often dramatic and tugging at the audience’s heartstrings, the show maintains just the right amount of humour sprinkled throughout the evening to help lighten the mood. I strongly recommend you join Christopher for a night (opening night is sold out, so don’t try tonight) and walk alongside him as he pulls back the layers to the mystery.

The production is seeking to raise awareness for both the Montgomery Humane Society and, of course, those living with autism. Check it out, pet a puppy, and support local theatre.