Sitting plainly on the decrepit and otherwise unassuming Atlanta Highway is Eastdale Mall, the uglier older sibling to Montgomery’s own EastChase. Eastdale represents a memory of times past: as the only indoor mall in Montgomery, half the businesses are empty and the surrounding area leaves everything to be desired. We know indoor malls are quickly becoming a thing of history, but is this one doing particularly bad? Possibly, but they also might be putting up a fight.

Eastdale has an ice skating rink in the middle of its seemingly struggling shops. Ask around and you’ll find memories from those who have enjoyed the rink, but not for many years. However, the rink has changed since most would-be patrons have been there last. Earning bruises each time you fall flat on your buttocks isn’t the only thing we can do there now.

A few weeks ago I caught wind of the rink’s newest feature: ice bumper cars. It is exactly what you think. Today I had the opportunity to wallow in its glory for the first time. 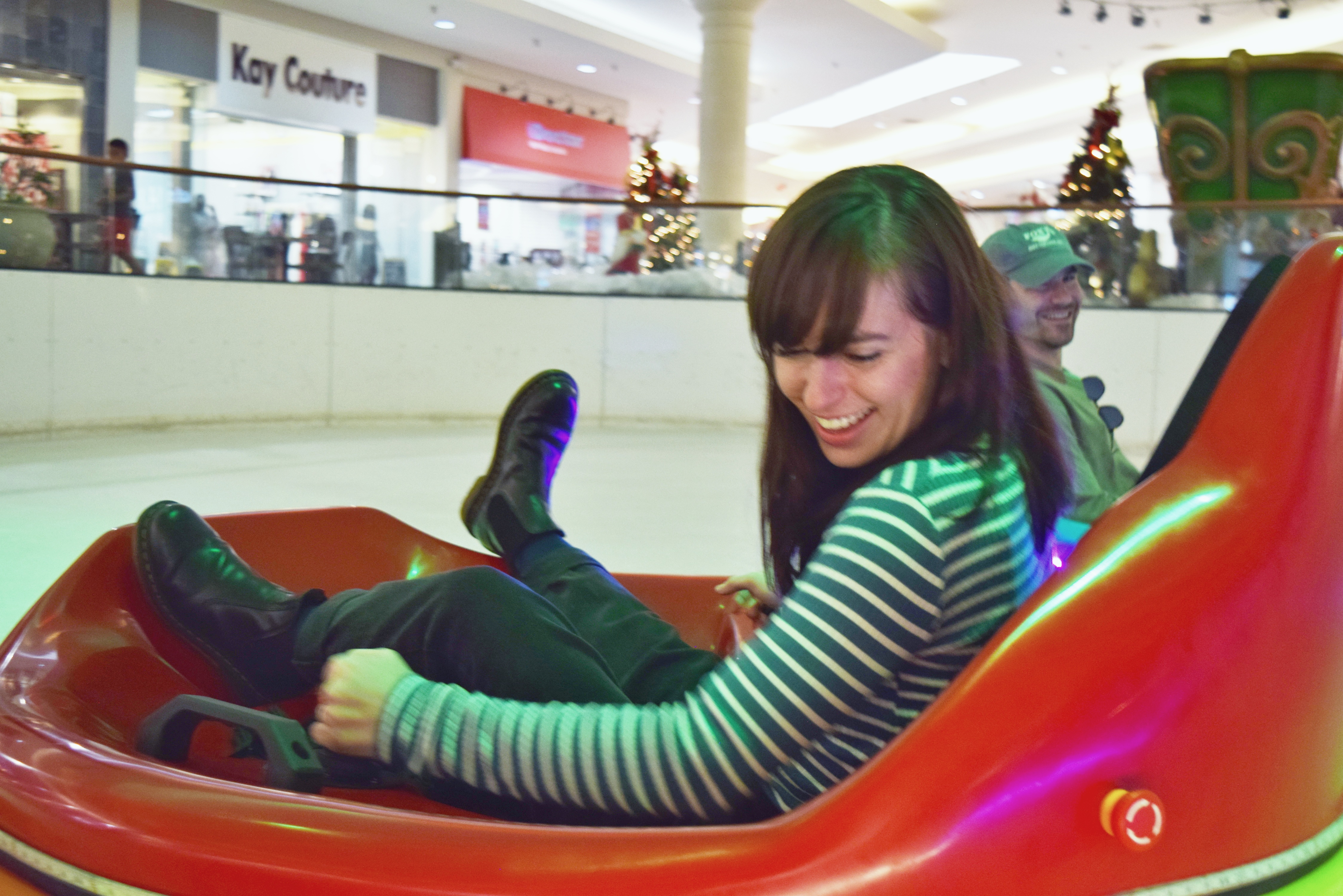 The rink itself matches the rest of the mall: twenty years out of date with a lacking of sense of safety. It is largely unregulated and cash-only. The blasé attitude of the attendant was expected, given the general atmosphere of the place.

We found it remarkably easy to look past Eastdale’s faults and get happily lost the experience. When was the last time you hopped on an ice bumper car?

I highly recommend paying the ten dollars (cash, remember!) to scoot around and slam into your friends for fifteen minutes. Small children can easily sit on laps. Be prepared with a post-ice plan, however. 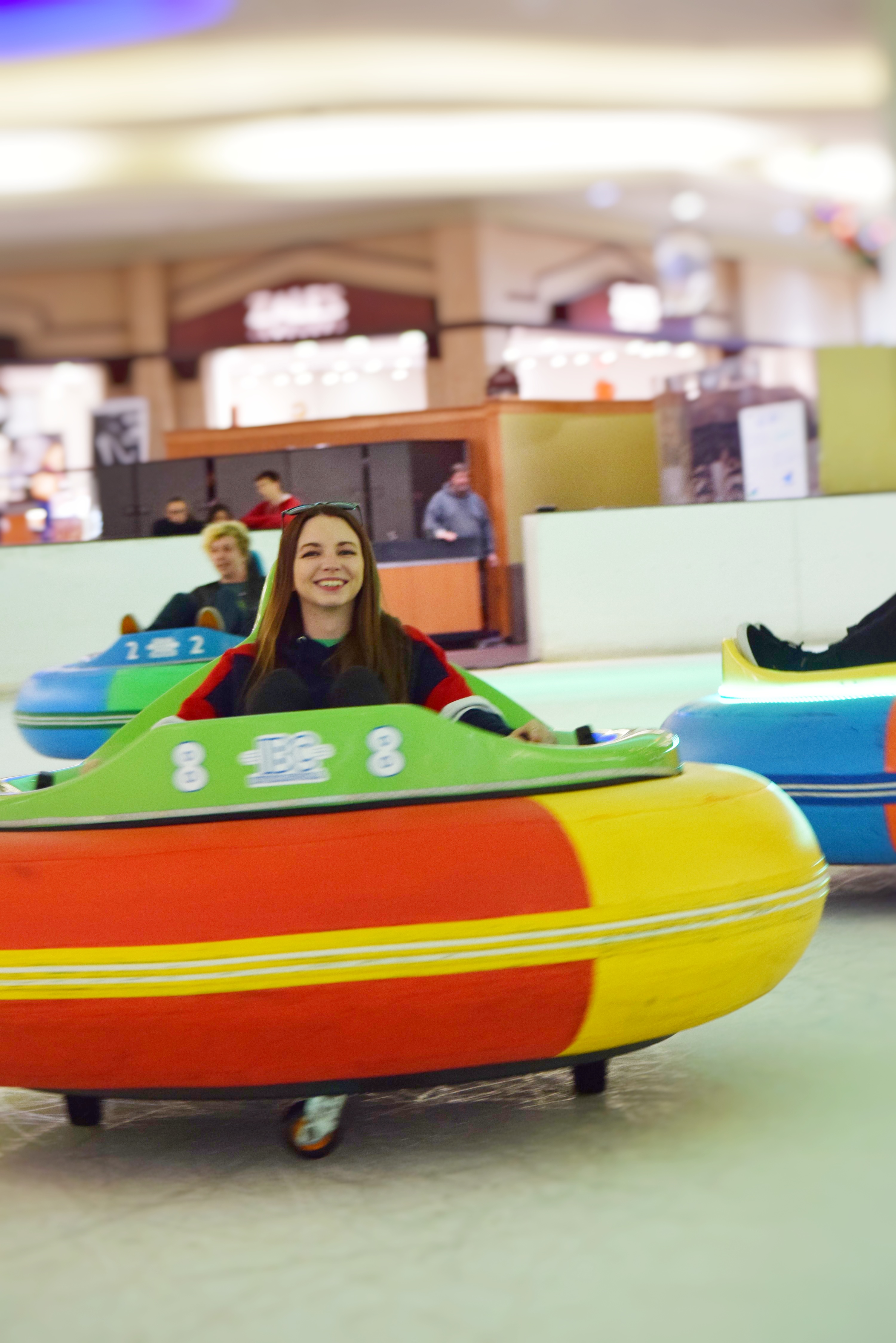 The owners of Eastdale announced it was up for sale earlier this year. Which makes sense, as one can hardly see how it could possibly make any money at this point. With the newest feature on the ice rink, they’re in desperate need of some other opportunities for participants to spend their cash. We were hungry with limited options, as none of else felt enticed by the last remaining restaurants of the nearly-empty food court. And it wasn’t long before we also yearned for an adult beverage. Our only reprieve was found at the Red Lobster in the parking lot, which provided sub-par service and a lousy menu none of us wanted.

The afternoon transported us directly back to the year 2001, and I’m being generous at that. Eastdale will probably never catch up to our expectations. The dwindling presence of businesses and the generally outdated, unkempt feel of the place left us remembering why we aged out of wandering malls as teenagers.

And the ice bumper cars? I would, hands down, do it again. Despite the crappy surroundings and despite the out-of-the-way-ness of it. The weird juxtaposition of something so awesome amidst something so neglected is so Montgomery.

Liz Kurtz lives in the Cloverdale-Idylwild neighborhood of Montgomery, Alabama. She has been living here on and off since 2013 and currently works at El Rey and Leroy in Cloverdale. You can email her at liz@montgomerymarauder.com.